We’re proud to announce that A1 Windows has been awarded a Best of Homestars Award.

Every year HomeStars goes over the thousands of companies in our database to find those who have gone above and beyond in their industry to be the best. These companies made the list of Best of 2017 based on their Star Score ratings and reviews from the homeowners that hired them. We recognize these companies by presenting them with a Best Of Award which can be found on their listing. HomeStars would like to congratulate the following companies for winning a 2017 Best Of Award! 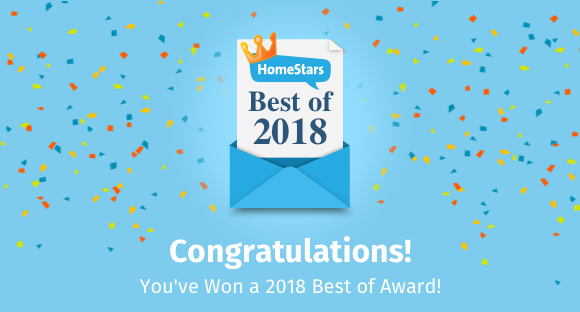